Mór Fischer, out of respect and admiration, liked to name patterns after prominent customers. Herend soon had an extensive and varied pattern book, so that naming them made it easier to identify the décors. The other advantage, of course, was that attaching the name of a prominent patron to a pattern increased the confidence and interest of other customers.

Among the most distinguished patrons of Fischer was the extensive, wealthy Esterházy family. The first order was placed by Countess Károly Esterházy, who needed replacers for an 18th-century Meissen service painted with flowers and bouquets. This order encouraged Fischer to incline towards more demanding, hand-painted porcelain of an individual, artistic nature. The name Esterházy denotes a décor that was originally Chinese: white tufts of sedge with tiny flowers and Chinese characters on a reddish, rust-coloured ground. The original of it had been brought to Hungary originally by an ancestor of Móric Esterházy who had been ambassador in St Petersburg.

An important juncture in the history of Herend came in 1862, when production ceased at the Vienna Porcelain Factory, the most important manufactory with the second longest traditions in the region. This greatly increased the number of customers for Fischer, by then a specialist in individual pieces of artistic merit.

After the Austro-Hungarian Compromise of 1867, substantial orders also came from the royal court. Apart from services for the royal residences in Hungary, the Royal Palace of Buda and Gödöllő Mansion, the court frequently ordered diplomatic gifts from Herend. Fischer gained the title of supplier to the imperial and royal court in 1872.

The hand-written documents in the Herend Porcelain Museum include the ledgers for 1858-66, which show how varied the orders were, in the types of article and the ways they were decorated.

The Herend patterns displayed in the room include Esterházy, Gödöllő (for the personal use of Queen Elizabeth), Miramare Miramare (for Maximilian of Habsburg, briefly Emperor of Mexico) Victoria, Wales, Rothschild, Liechtenstein, Waldstein, and Humboldt, which are some of the best known and best loved to this day. All these patterns retain the names of the prominent people who ordered them first. 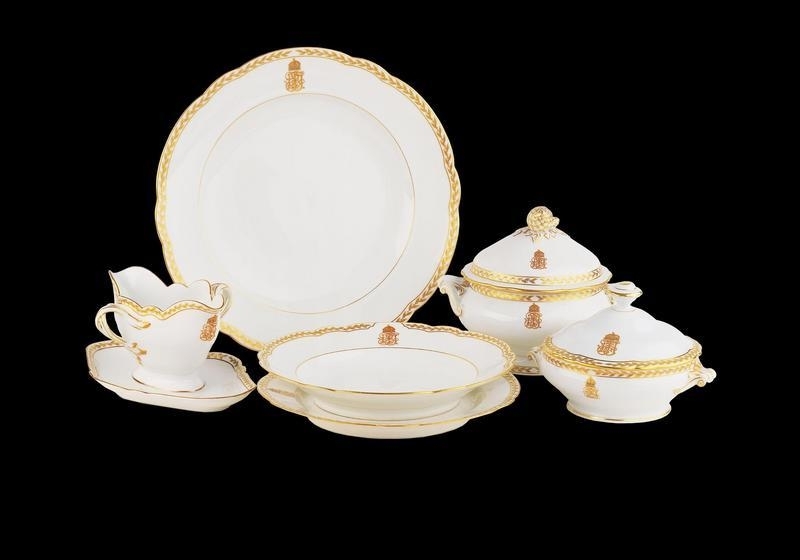 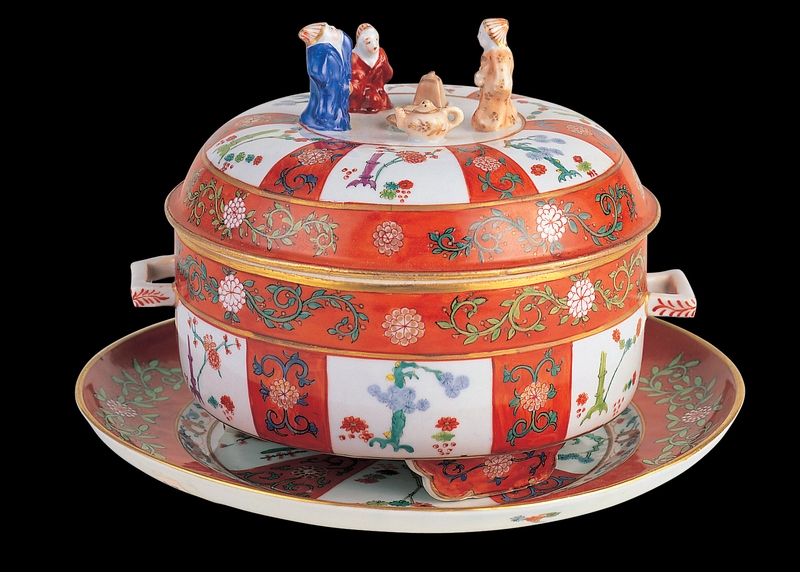 The Gödöllő décor was devised in the 1850s, after the pattern of an original Japanese Kakiemon coffee cup. The decoration consists of floral motifs and stylized trees (pine, prunus and bamboo, the ‘ three good friends of the cold season’ in Chinese art) on alternate bands of brick red and white.

The pattern, originally called “Siang rouge”, gained its name from the summer mansion of Emperor-King Francis Joseph and his consort Queen Elizabeth(Sissy). She received a service from her husband for her personal use at Gödöllő.

Mór Fischer presented the original service to the German scientist Alexander von Humboldt, on his 88th birthday in 1857. With the letter of thanks, Fischer received a dedicated photograph of Humboldt, from which the manufactory made a porcelain plaque half a meter high bearing his likeness.

The original dedication is also fired into the picture: ‘In the relief, in the delicate thinness of the forms and in the colouring and tastefulness of the imitated antique painting, I have never seen perfection similar to that which you produce in your Herend institution. The netlike piercing of the cups, plates and vases all deceive the eye, and my gratitude is as intimate as my respect for the noble and fortunate mover behind this aesthetic industrial activity. 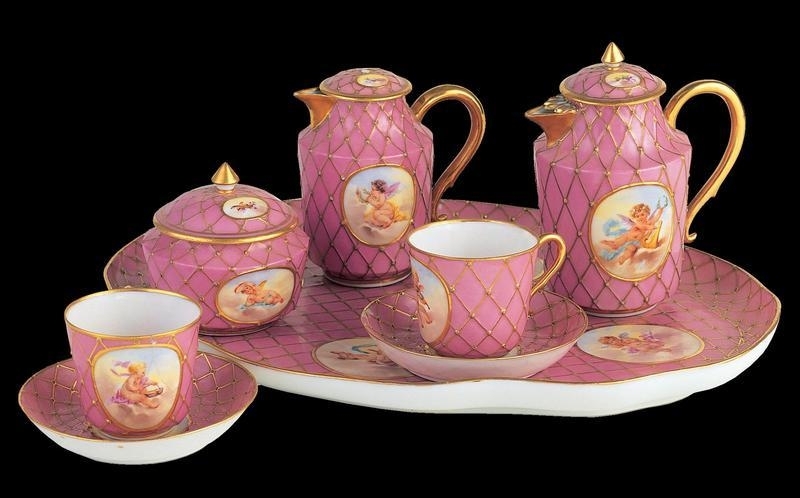 PIECES OF THE VICTORIA TABLE SET

The Great Exhibition of 1851 in London brought Mór Fischer and Herend their first big success. One of the exhibits made for the occasion was a table service in a Chinoiserie style, brightly coloured and decorated with butterflies and flowers. This was ordered by Queen Victoria of England and the décor has borne her name ever since. 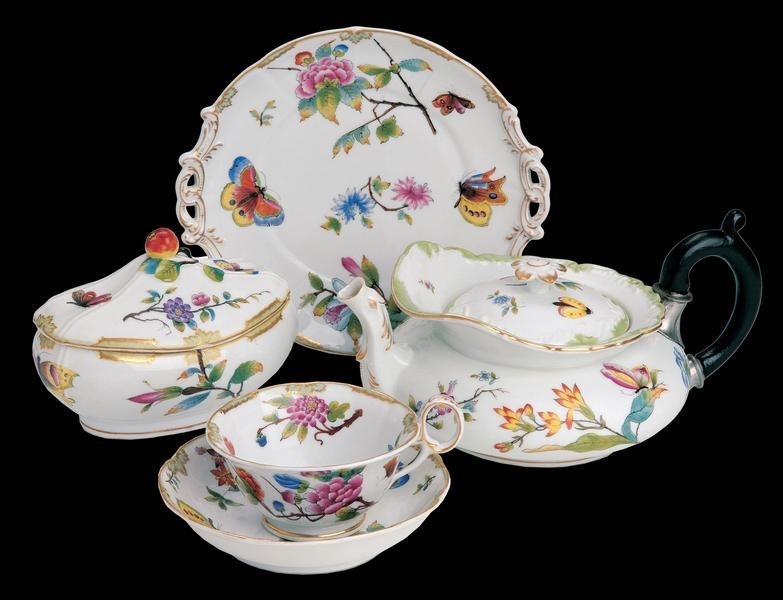 It remains to this day one of the best known and loved Herend patterns.